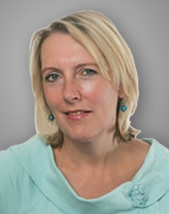 CHARLOTTE COLLIER (Mezzo Soprano) read law at Birmingham University, qualifying as a solicitor. After private study with Ameral Gunson she decided to pursue a musical career and studied at Trinity College of Music and University of London (Birkbeck College).

Roles include Oreste (La Belle Helene) for Guildford Opera, The Duchess of Plaza -Toro (Gondoliers) and Mrs Cripps (H.M.S.Pinafore) both for Opera Options, Dame Carruthers (Yeoman of the Guard) and Lady Blanche (Princess Ida) both for Epsom Light Opera Company. In June 2007 she sang Lady Jane (Patience) for New London Opera Group, her performance was described as “outstanding, a joy to watch” Grimsby Telegraph.

Born in West Yorkshire, Neil Baker studied at the Royal Northern College of Music where he was the 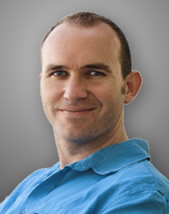 recipient of several major song prizes. Neil continued his studies in London at the Royal College of Music and later in Amsterdam with Margreet Honig, with whom he continues to study. Neil joined the company of Glyndebourne Festival Opera and subsequently appeared at the Aix-en-Provence and Salzburg Easter festivals. Operatic roles include: Aeneas (Dido and Aeneas), Marco (Gianni Schicchi), Demetrius (A Midsummer Night’s Dream) and Count Almaviva (Marriage of Figaro) in Amsterdam and The Hague. In the field of contemporary opera, Neil has worked under the direction of Hans Werner Henze singing the role of the Father in his opera ‘Pollicino’ and with Nicola LeFanu singing the role of Guy in her opera ‘The Green Children’.

An accomplished concert performer, some of Neil’s notable appearances have included performances of: Handel’s ‘Messiah’ with the Orchestra of the Age of Enlightenment; Britten’s ‘Cantata Misericordium’ at St John’s Smith Square, London; Mozart’s ‘Requiem’ in Porto and Lisbon, under the direction of Jap ter Linden and recitals at the Concertgebouw, Amsterdam.

Recent highlights included performances of Purcell’s ‘Hail Bright Cecilia’ with Marc Minkowski and Les Musiciens du Lourve Grenoble at the Barbican, London (broadcast on BBC radio 3); Salle Pleyel, Paris; Palais des Beaux Arts, Brussels, Grenoble (filmed for ARTE television) and at the Salzburg Festival. This was recorded for Naive Classique label and released this autumn. The role of Harald in Wagner’s ‘Die Feen’ at the Chatelet Theatre, Paris, also under the direction of Marc Minkowski. The roles of Araspe in ‘Tolomeo’ and Melisso in ‘Alcina’ for English Touring Opera’s Handelfest.

Since graduating from the Guildhall School of Music and Drama, Helen Withers has established hers 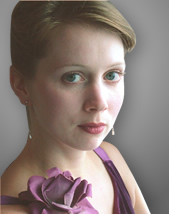 elf as an  engaging and versatile performer. A former Samling and Crear scholar, she has won prizes at the London Handel Singing Competition, Great Elm Vocal Awards, The Thelma King Award, the Concordia Foundation of English Singers and Speakers, and ‘Most Promising Young Singer’ in the Royal Over-Seas League Music Competition. Her operatic career began at Glyndebourne where she covered the role of Idamante in Peter Sellars’ production of Idomeneo. She has appeared at the Royal Opera House, Covent Garden as one of the ‘keres’ in the highly acclaimed world premiere of Birtwistle’s The Minotaur, portrayed the roles of Clizia (Teseo) for English Touring Opera, Zerlina (Don Giovanni) at the Palácio Nacional da Ajuda, Lisbon with the conductor Jean Bernard Pommier, Gretel (Hansel and Gretel) at the Opera! Festival in Holland, in addition to creating the roles of Nimmy and Mary in Push! for Tête-à-tête at Riverside Studios. Most recent roles have included Asteria (Tamerlano) for Opera by Definition, Sandman & Dew Fairy (Hansel and Gretel) for Opera Minima, and the covers of Partenope for Les Azuriales Opera, Angelica (Orlando) for Independent Opera, and Sandrina (Country Matters) for ETO.

A native of Co. Kerry, Miriam began her studies under Dr Veronica Dunne in Dublin. During her postgraduate s 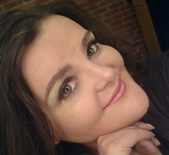 tudies at the Royal Academy of Music, London she won the Opera Gold Medal, The Dame Eva Turner award; The Leverhulme Trust Award; The Principal’s Prize for Opera and The Principal’s Discretionary Award for outstanding Musical Contribution. She sang in six major Opera productions and was soloist in all the the major recital venues in London included the Wigmore Hall, St Martin in the Fields and The Barbican Hall., and graduated DipRAM. She recently became a Fellow of the RAM in recognition of her artistic achievements.

Miriam sensationally debut at The Royal Opera House, Covent Garden as Lady Macbeth in Verdi’s Macbeth a role she has also sung for Opera Holland Park and Glyndebourne Festival Opera. She has sung with Opera National de Paris, Welsh National Opera, Opera North and Glyndebourne on tour. She debuted in the role of Turandot for ABAO, Bilbao, toured Japan with Opera National de Paris and sang the overseer in Covent Garden’s critically acclaimed production of Strauss’s Elektra. Miriam recently replaced Waltrud Meier as Isolde at the Bastille, Paris under Semyon Bychkov. She was a winner of Seattle Opera’s inaugural International Wagner Competition and returned to sing Gerhilde in their acclaimed ‘Ring Cycle’. She recently debuted at the Wexford International Opera Festival in the European premiere of ‘The Golden Ticket’ and sang Leonora Verdi’s Il Trovatore at the NCH, Dublin.

In concert Miriam’s appearances have included Verdi’s Requiem conducted by James Lockhart at the Barbican, Elijah for the Ulster Orchestra, Abigaille in Verdi’s Nabucco for Lyric Opera at the National Concert Hall in Dublin, Mahler’s Das Lied von der Erde under Sir John Eliot Gardiner for the BBC Proms (also recorded with Edward Carl and the Royal Academy Orchestra) and Beethoven 9th Symphony for the RPO and at the Barbican Hall, London. She made her Edinburgh Festival debut in Strauss’s Elektra with Edward Gardner and the LSO.

Caroline D’Cruz trained at Chethams’ and the Royal College of Music.  After a short time teaching she joine 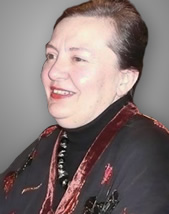 d the civil service.  She has been involved in music making in North Dorset since she went to live there in 1987.  She is currently the conductor of Sturminster Newton Choral Society, accompanies the Treasury Singers in Whitehall and is Musical Director of Milborne Port Opera and Stentorphon Opera in Bath. She is also Chorus Répétiteur and Company Manager for Dorset Opera.

She regularly performs with singers, a clarinet/cello/piano trio and Russel Shipley (clarinet) as well as duets and two piano recitals. She arranges concerts for several charities both in London and the South West.

Absolutely Opera! works with many leading singers and includes;

Seane Ruane (tenor) OHP and others